What Do We Know – What Should We Do?

Water, it has been revered since the beginning of time. It sustains and nourishes us; we couldn’t live more than three days without it. Fortunately, in the Western World, it is readily available. It is so seamlessly intertwined with our daily lives that we rarely think about the systems that delivers it to us. However, the more we know about our water system and water quality testing, the more empowered we are to make sure we are getting the highest quality water possible. Which type of piping is better: plastic vs. copper.

This blog post will focus on information researchers have discovered that highlight safety issues surrounding different types of potable water piping material, namely HDPE, PEX, PVC, and copper piping. Weighing the risks, we will pose the question of which piping material should be used for new construction and renovation projects. If you have any thoughts or considerations on the matter please let our environmental consultants at Healthy Building Science know. Though the findings are compelling and an important part of the puzzle, they are in no way comprehensive. More studies and respective innovation are needed to fix problems and create better systems. 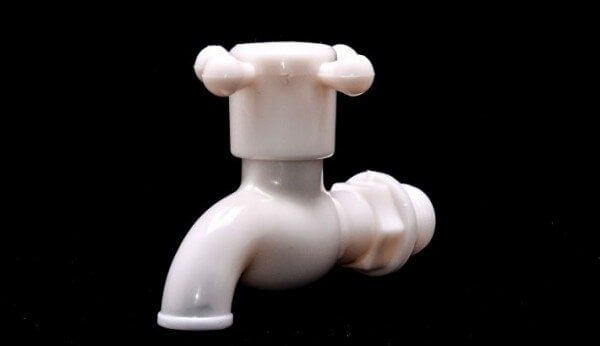 Plastic piping was introduced to the United States in the mid-1980’s and has become increasingly popular. Plastic piping is easy to install. Its route through the building can be more versatile and potentially contribute to making a building more holistically designed. Plastic piping is also less expensive which obviously helps with budgeting and money allocation. It can last 50 years or more.

However, studies are showing that chemical compounds found in plastic piping are leaching into drinking water. Though testing is still in its nascent stages, studies have concluded that High-Density Polyethylene (HDPE), Cross Linked Polyethylene (PEX), and Polyvinyl Chloride (PVC) pipes, release both regulated and unregulated VOCs (volatile organic compounds), unidentified contaminants, and assimilable organic carbon (AOC) that can lead to microbial growth.

A 2015 study conducted by Andrew Whelton and his associates at the University of South Alabama & Purdue University, is a particularly good source of information. The study tests for VOCs, AOCs and other compounds in PEX, HDPE, PVC and PP pipes. The VOC testing is generally aimed at PEX piping. Additionally, the paper expands the breadth beyond its results by referencing the findings of other studies that discovered similar contaminants.

Briefly, Whelton’s results showed the presence of VOCs including ETBE, cyclohexane, toluene, and xylene in the water of eight PEX pipes over a 30-day cycle. According to the paper, “ETBE, toluene, p-xylene, and unspecified xylene isomers have been previously found in PEX contact waters.” These studies include: “Skjevrak et al., 2003; Koch, 2004; Durand and Dietrich 2007”. Whelton’s results indicated that VOCs were higher in the beginning of the period, and in some cases, were not present at the end. Only ETBE and cyclohexane remained detectable on day 30 but these were below NSFI 61 standards.

The studies referenced above differed for PEX piping. For instance, the 2014 study by Kelly et. al. showed the presence of both toluene and ETBE (65 ug/l) on day 30. Durand and Dietrich’s 2007 work showed ETBE levels ranging from 0.14 ug/l to more than 100 ug/l, and a particularly alarming test at an Oklahoma home found ETBE levels at 22 ug/l and toluene levels at 80 ug/l after a year; these levels are above OTC thresholds. In addition to PEX, a study in Norway presented at the 20th No Dig Conference at Copenhagen (2002) (link below) found that “five out of seven tested brands of HDPE pipes showed unacceptable TON values of test water.”

Here is the link to the No Dig Conference:

Potential water quality deterioration of drinking water caused by leakage of organic compounds from materials in contact with the water.

What can be determined by these varying results? In the case of Whelton’s, is PEX piping really all that dangerous if only a few VOCs are present after a 30- day cycle and are below NSFI 61 standards? Though we should eventually find out, the conclusion does not account for the other instances where VOCs were found. Is there a way to shorten the leaching period, or better yet eliminate leaching all together?

Let’s move on to AOCs.

Whelton’s study found that six of the eight PEX pipes had AOC levels exceeding 100 ug/l on day 7 of the cycle- just to note, 100 ug/l of AOC is when coliform detection occurs. By day 28 however, none of the PEX pipes exceeded the microbial regrowth threshold. Similarly, AOC levels for HDPE and PVC brands increased by 22% ug AOC/l and 58% ug AOC/l respectively over the course of the 28-day cycle but did not exceed 100 ug/l on day 28. The study listed at the No Dig Conference (referenced above) states that “ PVC and PEX have a higher biofilm growth on their surfaces than the glass reference,” however in this study, AOC presence also diminished over time.

Similar to VOCs, AOC results vary within each study when compared to other studies. Do AOC levels pose a risk if they reach the coliform threshold in the beginning of the cycle but not at the end? Should we be wary of AOC presence altogether? Can the quantity of AOC in the pipe grow after thirty days?

More research needs to be done to ascertain what’s going on. Compounds that we don’t want in our pipes are being found. In addition to the presence of VOCs and AOCs, Whelton’s study detected that “a significant number of unknown compounds spanning from low to mid-molecular weight are present in PEX pipe contact water.” How do we evaluate these mysterious chemicals? Similar to VOC and AOC findings, what are the health implications?

We have to find this information out if to truly recommend plastic pipe. Itmay be difficult and disrupting to the industry, but if we can avoid ingesting volatile organic compounds that are carcinogenic, endocrine disrupting, and neurotoxic in our pipes, even if they are in small quantities, we should. Similarly, it’s obvious that we don’t want bacteria forming in our pipes. Therefore, we need to fully understand what causes AOCs to form and how to prevent them. As for the contaminants that we do not know, that needs to be figured out. The primary alternative to plastic piping is copper piping. Copper piping has been around since Ancient Egypt; it is a natural resource, existing in the earth’s crust, plants, animals, and humans. Copper is antimicrobial and does not pose the same risks plastic pipes do ie. VOCs, unknown contaminants, & AOC growth. With that said, copper has its own problems.

According to the EPA, copper can “leach into water primarily from pipes, but fixtures, faucets (brass) and fittings can also be a source.” The EPA explains that “the amount of copper in the water depends on the types and amounts of minerals in the water, how long the water stays in the pipes, the water’s acidity, and its temperature.”[1] Over-consumption of copper can lead to nausea, gastrointestinal problems, liver damage, and kidney disease, amongst others. [2]

The EPA has limited the allowable amount of copper leaching into drinking water to 1.3ppm.[3] Water treatment plants have added corrosion inhibitors such as fluoride to prevent copper pipe deterioration.[4] Additionally, new legislation has mandated potable water pipes contain less than 0.25% of lead, making copper piping safer than it was before.

Nevertheless, due to the fact that copper has more potential to leach into water when it is idle (more than six hours), one should run the drinking water for 30-60 seconds before consuming.[5] Additionally, according to the Minnesota Department of Health, hot water dissolves metals more than cold water. Thus if you need hot water for cooking, you should heat cold water over the stove rather than getting hot water directly from the faucet.

According to the Action Water District “after the initial leaching” of copper pipes, “the inner surface of the pipes forms a hard surface that should reduce further leaching.”[6] However, as of now, there has not been a fool-proof way to prevent copper from entering the water from within a home.[7] As a result, there are different treatment options available such as reverse osmosis, ultra-filtration distillation, and ion exchange that one should consider.[8] The CDC recommends getting your pipes tested by a licensed professional to ensure that copper level leaching does not exceed safe levels.

Unfortunately, we do not currently have pipes that are 100% safe. As a result, we must choose the best options available. After reviewing the research for plastic vs. copper, copper piping appears to be the system that is the easiest to control. Water filtration methods, as well as new lead standards, help ameliorate heavy metal toxicity risk. We do not have enough information on the dangers of plastic piping. Studies have shown alarming evidence of VOC presence, unknown contaminants in drinking water, and assimilable organic compounds that can lead to deleterious bacteria. There are too many question marks to adequately enact safety precautions and therefore plastic piping cannot be fully trusted.

Sources on how to make plastic and copper piping safer are welcome. The more we work toward a solution instead of defending the status quo, the closer we will be to getting the quality water we want and rely on.